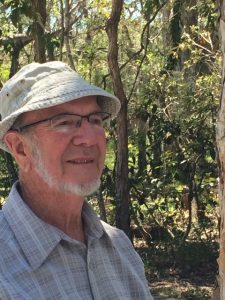 Paul Kriedemann came from a Queensland farming family. Consequently it is no surprise that he graduated with a BAgrSc (Hons) University of Queensland in 1961, and then with a PhD University of Melbourne in 1965 (crop physiology with Tom Neales). Postdoctoral experience was first gained at Purdue University with Harry Beevers (plant biochemistry), then as a visiting professor with A. Carl Leopold (hormone physiology), and years later at Cornell University with Nelson Shaulis (viticulture). Paul’s original contributions to plant science have been mainly concerned with plant-environment growth, productivity and water relations, and especially stress physiology in perennial plants including citrus, grapevines and tree species. Over 100 refereed papers and a number of book chapters and reviews have been published on those subjects.

Paul was instrumental in supporting the ASPS and overseeing a number of changes to the society in the period 1998-2001. He ran the Executive Office, as combined Treasurer and Secretary, and formed the society membership database. He oversaw many society initiatives, including the change of name (previously Australian Society of Plant Physiologists) and formation of the website. He initiated the newsletter Phytogen in 1995. He was the initiator and coordinator of Plants in Action (http://plantsinaction.science.uq.edu.au/edition1/?q=content/title-page), which won the Australian Publishers Award for the best tertiary textbook for 1999.