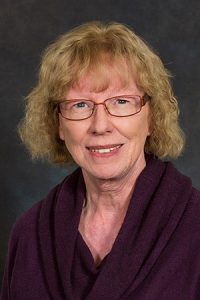 Rana Munns has focussed on mechanisms by which plants adapt to drought and salinity stress. She received her PhD from the University of Sydney and continued her research on plant stress at Macquarie University, the University of Western Australia and then at CSIRO in Canberra, and retired as Chief Research Scientist in 2010. She was elected a Fellow of the Australian Academy of Science in 2007.

Rana is recognised internationally for her insights into the fundamental principles of crop adaptation to salinity, and for applications of these insights. She characterised the critical plant processes involved in tolerance of salinity, and showed what distinguishes salinity stress from drought stress. She discovered important genes for sodium exclusion and led a research team on the genetic and physiological basis of salt tolerance in durum wheat, which produced breeding lines yielding 25% more grain on saline soils in farmers’ fields. She is now Emeritus Professor at the University of Western Australia, jointly in the ARC Centre of Excellence in Plant Energy Biology and the School of Plant Biology. She is also Honorary Fellow at CSIRO Agriculture in Canberra.

Rana was President of the ASPS in 2009-2010 and before that was Honorary Secretary for the society in 2000-2003. At present she is chief editor of the society’s on-line text book Plants in Action 2nd Edition.