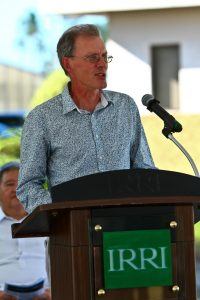 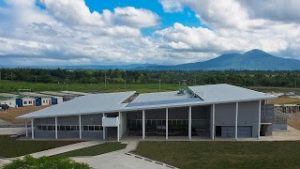 The $10M facility was a gift from Australia to IRRI (right). It was named after John’s father Lloyd who served on the IRRI board and whose efforts led to the first phytotron donated to IRRI around 2000. Inside the facility, rice seed handling and storage will occur on the left hand side and greenhouses, growth cabinets and laboratories for non transgenic research occurs on the right hand side. The building is engineered to withstand typhoons that frequently affect the area. 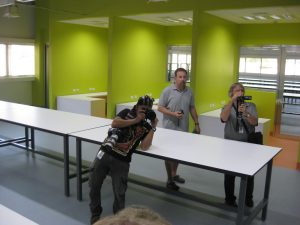 Behind the scenes, Spencer Whitney was planning a takeover of yet more office and lab space with his favourite colour scheme (right). His long face reflects his concern that one student talk had failed to mention Rubisco during the IRRI-Australia symposium.