Count down to 60 years of ASPS – Rewarding excellence

Rewarding excellence, awards within our Society

ASPP/ASPS recognises outstanding achievements of its membership in research and teaching through prestigious annual awards in addition to supporting student members with fellowships and accolades. The genesis of these awards and fellowships stretches across the life of ASPP/ASPS and, in particular, reflects a strong ongoing commitment to mentor and support early-mid career researchers. 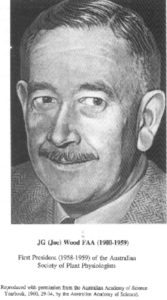 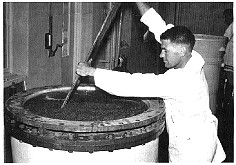 The first steps along this pathway came soon after inception of the Society (1958) when the membership was shaken by two untimely deaths in their formative ranks – Professor J (Joe) G Wood (1959) and Dr Peter Goldacre (1960). JG Wood, the inaugural ASPP President is recognised as one of the three pioneers of Australian Plant Physiology (Ewart, Petrie and Wood – see Turner 1975). His successor to the ASPP Presidency, RN Robertson (affectionately known as “Sir Bob”), chaired the second ASPP AGM where it was agreed to honour JG Wood in an invited biennial memorial lecture. In introducing the JG Wood Memorial Lecture, successive ASPP/ASPS Presidents noted that the last PhD student to be supervised by Wood was Dr (and then Professor Peter Brownell), a charming long-term ASPP/ASPS member who invariably cringed at this recognition in that ‘he may well have induced Wood’s fatal heart attack’. Again, under Sir Bob’s Presidency, the Peter Goldacre Award was established to commemorate Dr Peter Goldacre, an outstanding early career researcher, who at the time of his death (1960) had authored 13 papers, three of which appear in Nature. Initially, the recipient of the Peter Goldacre Award received a medal and a brief citation while an image of Peter Goldacre was projected stirring a large cauldron in a quest to isolate the cell division factor (cytokinin). Now the medal is augmented by a cash prize sponsored by Functional Plant Biology and a presentation by the recipient.

There then seems to have been an hiatus in establishing new awards, perhaps not for the want of trying. Does anyone have any information about the period from 1961 to 1997 that may throw some light on the intentions/aspirations of the serving Executive Committees in relation to awards?  Minutes of AGMs would be most useful.

The thread of expanding the portfolio of ASPS awards resurfaces in the 1990’s with the inaugural RN Robertson Lecture to honour Sir Bob’s considerable contributions and ongoing commitment to the Society presented in 1994. While humbled by this expression of recognition by the Society, Sir Bob was heard to reflect that ‘being present at a lecture in 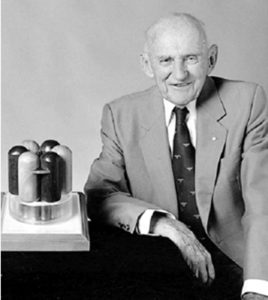 RN Robertson taken next to the model he proposed for ATPase

one’s honour felt a bit like an out of body experience!’

In this period discussions were held about recognising the important role undergraduate teaching plays in promoting plant science and encouraging the next generation to consider the discipline as a career option. This was manifested in creating the ASPS-Teaching Award for excellence, innovation in, and/or contributions to, undergraduate teaching of plant science and is open to all members. The award was first conferred in 1997 together with the opportunity to present a paper on teaching plant science. It is comforting that it will be awarded in 2018 following a 4-year lapse. 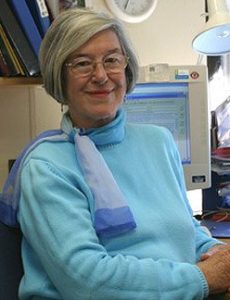 What has followed to complete the existing cohort of awards is the establishment of the ASPS-FPB Best Paper Award (2004) and most recently the Jan Anderson Award and Lecture (2018).  Both these awards are focused on early-mid career researchers, the latter restricted to female plant scientists in recognition of Jan’s stellar achievements in photosynthesis research and as a pioneering female scientist. These awards have been made possible by generous sponsorship; the ASPS-FPB Best Paper Award by Functional Plant Biology/CSIRO Publishing and the Jan Anderson Award by CSIRO Agriculture and Food, the ARC Centre of Excellence in Plant Energy Biology and the ARC Centre of Excellence for Translational Photosynthesis.

Following Sir Bob’s death in 2001, a fund was raised to support RN Robertson Travelling Fellowships in recognition of his sustained contribution to nurturing young plant scientists across four decades. The Fellowship provides graduate students and recent PhDs an opportunity to gain experience in another institution. The first Fellowship was awarded in 2006 and the accounts by recipients published in Phytogen attest to the value of this scheme.  One suspects that Sir Bob would be very satisfied with the outcomes.

Turner JS 1975.  The development of plant physiology in Australia  Records of the Australian Academy of Science, 3, 27-46.