Welcome to October Phytogen. Hope you are making preparations towards our meeting in November. You can still register, use this link: https://www.asps.org.au/combio/asps-2019/about-asps-2019  Well, it has been our 60th year and Professor Roslyn Gleadow (@RosGleadow) from Monash University has written a reflection for us. Roslyn will be delivering the JG Wood lecture on Thursday 28th November. View the draft ASPS2019 program HERE

Kingsley Rowan, my MSc supervisor, was a founding member of ASPP (as it was then). He walked into my office one day and said: “You should join the Society — and subscribe to the journal too.” (referring to the Australian Journal of Plant physiology, now Functional Plant Biology). So, I did. I’ve been a member ever since, even when I was out of research when I had my kids. I dropped getting the journal when I got a job working for Editor-in -Chief Laurie Martinelli as a copy editor for a while, but it’s still on my regular reading list.

People often wonder what is the point in joining professional societies? One important reason is that it provides a respectable, identifiable organisation for journalists to contact, and you can’t have a society without members. When I was President I often got calls from the media (e.g. the ABC, SBS, The Age etc.) to provide expert commentary on various things relevant to plants, GMOs, climate change and so on. This is really, really important. Even more so now with all the crazy ideas out there in internet-land. I am now President of the Global Plant Council (of which ASPS is a member organisation) and we are aiming to be a reliable point of contact for media and policy makers at the international level.

I believe there is strength from being part of professional societies such as ASPS. I’ve been a regular ASPS/ComBio attendee and enjoy the way these conferences stretch me beyond my comfort zone and force me to think about things outside my own immediate field. The national-scale networking is also invaluable. I couldn’t travel overseas for what seems like decades when my children were growing up (plus the money issue, or lack thereof). Going to the annual meetings was my only option. I often only went for 2 days, timed to coincide with particular international speakers (who I made sure I met) and the annual society dinner, which was always fun. I organised that one year, so I know how much work it is herding cats, but well worth it. The contacts with leading national and international scientists have stood me in good stead – I have had long standing collaborations with several of them ever since. 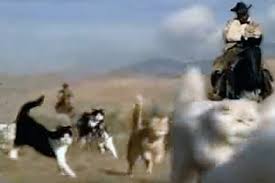 There was a seismic shift in plant physiology in the 80s and 90s with the enormously valuable input from molecular biology. This created a dilemma: should we join with the ASBMB and ANZSCDB as ‘ComBio’ or go it alone? The advantage of having a combined meeting is that there is a lot of overlap and people will only generally go to one generalist, national meeting. Also, being a bigger meeting, the trade fair is bigger, and ASPS receives important income from that. The downside is that we have to work hard to keep our identity, especially we ecophysiologists[1]. The new system of alternating a plant-focussed meeting with ComBio seems like an excellent solution and hats off to the Council who agreed to do this.

Next month is the first of the new-look ASPS meetings. Last time I went to ASPS at La Trobe it was on at the same time as ASBMB, which was in downtown Melbourne, and people were racing between the two by car. Crazy! I encourage you to come and learn stuff, give back, participate in some informal mentoring and make some life-long friends. [1] The satellite “EcoFizz” meetings started by Susanne Schmidt, Mark Hovenden and me, and followed by Oula Ghanoum and David Tissue were great – does someone want to start those again?

You might remember an inquiry has been launched by the Standing Committee on Agriculture and Water Resources. It is of particular interest to members of ASPS and Tracey Cuin and Mike Haydon are preparing a submission. The link information for the inquiry can be found here and submissions close Thursday 28th November.

If you haven’t managed to send suggestions to the ASPS secretary Vanessa Melino (vanessa.melino@unimelb.edu.au) have a go now. This is a great opportunity for us to drive policy.  I was at a workshop last week where it became evident how important this is. It it is for us to come up with clear policy with your suggestions of key priorities for plant/agricultural sciences in relation to the terms of reference: “The Committee will inquire into and report on, the opportunities and impediments to the primary production sectors realising their ambition to achieve a combined $100 billion value of production by 2030.”  You also might find it interesting to read this discussion paper.

A reminder there will be a gathering on October 25th 2019 to celebrate the life of Professor Sally Smith a long-standing member of ASPS who passed away suddenly on 13 September 2019.

Sally was Emeritus Professor in the School of Agriculture, Food and Wine, University of Adelaide. She was also Honorary Professor at the China Agricultural University and the Chinese Academy of Sciences.

Sally was a world authority on the mycorrhizal symbiosis between plants and fungi. She made outstanding contributions to our understanding of the structure of the plant-fungal interface, of nutrient transfer across it and of the molecular processes involved in forming and controlling the interface.

Sally completed her BA and PhD at Cambridge (1965) and her DSc at the University of Adelaide (1991). She held a personal Chair in Soil Science (1995) and was Director of the Centre for Plant Root Symbioses (1998). She was elected to the Australian Academy of Science in 2001. Just two months ago, Sally obtained an inaugural ‘Eminent Researcher’ award from the International Mycorrhiza Society. To celebrate her life there will be a gathering at Adelaide University’s Waite Institute, Beltana Café, McLeod House on the University of Adelaide Waite Campus, at 4pm on 25 October 2019. For further details and to RSVP please use this link. If you would like to share information, photos or memories as part of our ASPS tribute for Sally, please share these with Dr Stephanie Watts-Williams (stephanie.watts-williams@adelaide.edu.au), who is kindly leading our creation of an ASPS tribute. 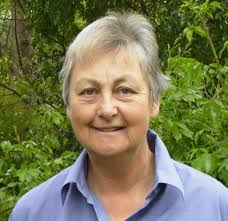